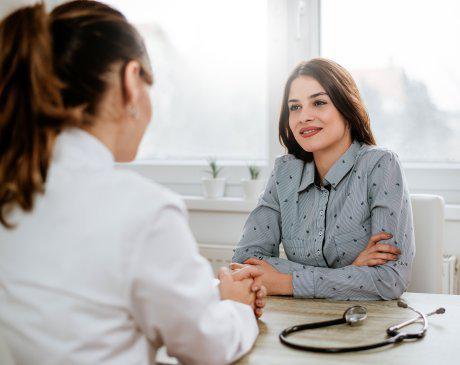 In the United States, some couples use sterilization as a contraceptive method. Almost 30% of fertile age women, have undergone this procedure in order to prevent undesired pregnancy.

Women who decide to have their tubes tied are 100% sure that they’ll never want to get pregnant in the future. But, what if they regret their decision? Around 14% of sterilized women ask about fertility options, even after 10+ years of having their tubal ligation. However, there is still a way to have a baby. Better said, there are two ways: Tubal Reversal Surgery and In Vitro Fertilization (IVF).

Fallopian tubes are a passageway that start at the fimbria (a delicate structure that picks up the egg when it’s released from the ovary at the moment of ovulation) and ends at the uterus. They create a road for the egg cells to travel from the ovaries to the womb. When sterilization is done, the doctor cuts, clips, or cauterizes the fallopian tubes leaving two remaining segments, the proximal tubal segment (which emerges from the uterus), and the distal tubal segment (the one that ends with the fimbria, right next to the ovaries).

Tubal reversal surgery (or microsurgical tubotubal anastomosis) is the procedure in which the doctor will reopen, untie, or reconnect the fallopian tube segments that remain after a tubal ligation surgery. Not all types of sterilization can be undone, so it’s important you bring a copy of your operative report from your tubal ligation to your doctor for review.

The success of a tubal reversal surgery depends on your age, the type of sterilization you had, and the health and length of your remaining fallopian tubes. This surgery is ideal for younger women under age of 40, who had postpartum tubal ligation (done right after childbirth), and who still have good egg quantity and quality. If the residual fallopian tube segments are too damaged, the segments are extremely short and a successful reversal won’t be possible.

In Vitro Fertilization (IVF) is a type of Assisted Reproductive Technology (ART) whereby eggs and sperm from the couple are incubated in a laboratory dish with the purpose of producing an embryo. Later the embryo is transferred into the woman’s uterus, where it could attach and create a successful pregnancy. The transfer is a simple procedure similar to a pap smear, and the whole process bypasses the tubes, so it can be done without re-connecting the tubes.

So, would tubal reversal surgery or IVF be the best option for you? Before making a decision, it is important to have a preliminary evaluation. At Midwest Fertility Center (MFC), Dr. Madanes (our director and reproductive expert) will make sure that both options are available. It is highly recommended that you choose a center that offers both procedures, so that there is bias towards one or the other, due to fertility center limitations. Fortunately, MFC excels in both of these fertility solutions.

Some of the benefits of tubal reversal include only one surgical intervention, so, if more than one child is desired, fertility is maintained for the future. Also, keep in mind that some insurance companies will pay for reversal of tubal ligation, but not for IVF. Although younger women have a higher success rate for tubal reversals, age is not as big of a limiting factor as with IVF.

Another benefit is that in highly specialized centers, such as in the Midwest Fertility Center, the procedure can be done using laparoscopic techniques, which involves very small incisions and are done in a specially equipped outpatient surgery center. Very few surgeons can perform this procedure laparoscopically, so prior to committing to a center, first confirm that their surgeon can perform the tubal repair laparoscopically. Most patients experience very little pain and can go back to work and return to their normal activities a few days after laparoscopic surgery.

The biggest disadvantage of tubal reversal is the high risk of ectopic pregnancy for the rest of your life (when the fertilized egg implants in the tubes rather than in the uterus, where it is supposed to attach). The tubes have very complex and delicate function, and after two operations (cutting the tubes and then repairing and reconstructing them) the developing embryo could get stuck it the tube and would not be able to progress into the uterus.

Another thing to consider is that you are losing an excellent method of contraception and all that it entails. By choosing tubal reanastomosis, it could take a longer time to find if it was successful (up to two years), which might make other option such as IVF more desirable.

It’s important for your partner get fertility tests such as sperm count and semen analysis, to find out if there are fecundity issues, because, of course, this affects your possibilities of getting pregnant. If the sperm quality is poor, your doctor might suggest IVF as a better option.

Reversal of tubal ligation doesn’t work for everyone. But, in general, if your residual fallopian tube segments are healthy and significantly long, there are no other infertility issues, and the surgery is done correctly, the expected conception rate after the procedure is high, about 75% (having a range from 40% to 85% depending on age and other factors), after approximately one year of trying.

If the tubal reversal is not possible or not successful, you can try the other treatment options mentioned before: In Vitro Fertilization (IVF). This begins with injections of hormones, allowing your body to produce multiple eggs each month, instead of just one. Additionally, medications are taken to ripen your eggs into mature status and prevent you from ovulating on your own prior to the retrievalYou will need some blood tests and ultrasound studies to monitor the development of the eggs. The actual retrieval of the eggs (“oocytes”) usually takes less than 30 minutes and is done under general anesthesiaThe doctor will guide a needle to retrieve the ova from the ovarian follicles. Right away, the eggs will be mixed in a laboratory dish with your parner’s sperm for fertilization. Your partner should produce a sample on the same day of the procedure.

The fertilized eggs grow under optimal conditions and highly specialized laboratory incubator, and after a few days, you will need to return to the fertility center for the transfer. During an embryo transfer, the doctor uses a flexible tube (catheter) for placing one or more embryos into your womb. The number of embryos to be transferred will be previously decided in discussions between you and your doctor, having in mind that transferring more than one embryo increases the risk of multiple babies and improving the chances of success.

When doing IVF, you don’t need a surgical procedure, which is an advantage compared to the reversal of tubal ligation. Another benefit is that you maintain your contraception, because pregnancy is achieved without manipulating the sterilization surgery you had before. Most importantly, you reduce the risk of ectopic pregnancy with IVF.

Once embryos are incubated in vitro, they could be tested for the purpose of choosing the healthiest ones to place them inside the woman’s uterus, or for family balancing. In addition, an analysis known as Preimplantation Genetic Diagnosis (PGD), could be performed on the embryos. PGS is a complete chromosomal examination, which also reveals the gender of the fertilized ovum. This is not done frequently but, sometimes selecting the gender of the embryo is used, for avoiding the risk of having a baby with a genetic condition linked to a particular gender. Occasionally, gender selection is used to balance the family, if you have only girls you can transfer boys and vice versa.

With IVF, often there are a sufficient number of embryos. Extra embryos can be frozen with the purpose of transferring them in the future, so the parents can have more children in the future without the need for additional IVF procedures.

When it comes to the disadvantages, it’s important to mention that injectable hormone medications used to stimulate the development of eggs in the ovaries at the beginning of IVF, could produce Ovarian Hyperstimulation Syndrome (OHSS), in which the ovaries become swollen and painful. The symptoms could vary from mild to severe and may include nausea, vomiting, abdominal pain and bloating, and rapid weight gain. Fortunately, there are many available strategies to prevent OHSS, so it is an entity that doesn’t happen very often.

Another disadvantage is that when you get more than one embryo implanted inside your uterus at a time, there is always the possibility of having a multiple pregnancy, which could affect the well-being for both you and the babies.

Age is another thing to consider when using IVF. Actually, some experts say that it is the most important factor affecting the success of this procedure. According to CDC data, approximately 40% of IVF cycles result in babies for women of 32 years or younger. But, for women aged 40, that success rate is less than 20%. The good thing about this is that women can find out immediately if the fertilization worked, and can repeat the procedure if it didn’t or trying the reversal instead.

A retrospective study that took place in Belgium on 2007, determined tubal reversal had better results on women less than 37 years, while the pregnancy rates for women beyond 37 years of age were higher using IVF. In general, for women older than 40, the probability of success with either tubal reversal or IVF is lower.

Making a decision between both options is not easy. It is important that in cooperation, the couple and the doctor consider which plans are better for the future of the mother and child(ren). When weighing options, it’s best to seek out a clinic, such as Midwest Fertility Center, that offers both procedure options. Finally, the recommendation is that every couple must be individualized to ensure the best treatment option for each case, which is something we are skilled at, here at the MFC.